The openHAB community is growing rapidly and so does the rate of contributions - it is therefore definitely time for a new release!
We have reached a new all-time record with a total of 160 add-ons (of which 23 are new bindings and 9 new actions) for openHAB 1.7 - you can find the full list of new features and enhancements in the release notes! 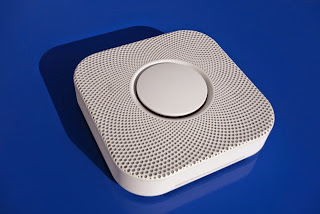 As usual, I would like to highlight a few: First of all, there is support for Nest now - not only for the thermostats, but also for Nest Protect, the smoke detector. So finally Nest can claim that it "works with openHAB" ;-) Being an open and independent platform, when mentioning Nest, there should also be Ecobee - and indeed we have a new binding for this as well.
Another highlight is the Logitech Harmony Hub integration, which is a very popular device to control all of your entertainment racks. The binding supports bi-directional communication with the hub, i.e. it can send commands as well as being informed about actions on the hub, e.g. triggered through a Harmony remote control. Other new entertainment-related bindings are for example the ones for Denon receivers and for Plex. If you own a pool or an alarm system, you might be as well interested in the Autelis and the Satel bindings.


Besides the new bindings, there is another new feature that is targeting the developer-type of users: Besides the Xtext-based rules, it is now possible to write rules in any JSR223-compliant scripting language, like e.g. Jython. This is a really cool feature for people who prefer other languages and didn't get along with the default rule scripting syntax.

So what about openHAB 2 then? Despite the fact that it is still called an alpha release, it has made a huge step forward: Most bugs of the first alpha release have been fixed, so that the runtime is pretty stable meanwhile and already used by a few users in production. One important step was the continued work on the 1.x compatibility layer - more than 30 add-ons of openHAB 1.x have already been reported to work smoothly on the openHAB 2 runtime. Although this is a good number, it still means that less than 20% has been tested so far. So with the alpha 2 release, I would like to encourage all users to test their 1.x add-ons on openHAB 2 - once we have reached 80%, we are ready to go for a first beta. 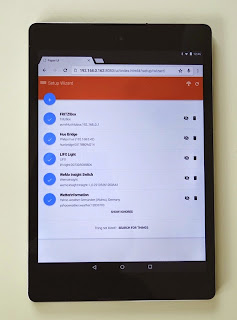 Besides backward compatibility, the real highlights of openHAB 2 are of course the new bindings that are already implemented against the Eclipse SmartHome APIs. This is where most efforts took place over the past months; as a result, we have by now almost 20 "new" bindings - besides the intial ones like for Philips Hue, LIFX, Belkin WeMo or Sonos, there is now support for AVM Fritz AHA devices, IPP-printers, eQ-3's MAX! system and more. The great thing about all these new bindings is their ease of setup: All you have to do is to launch the openHAB runtime and available devices are found automatically and ready to be used with a simple click. 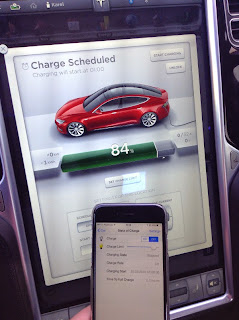 Charging a Tesla through openHAB

There is of course one exception to the rule - the new Tesla binding cannot discover your Tesla automatically :-). But besides this limitation, this binding is my personal highlight - it cannot only do the obvious things like reporting the odometer, the location and the battery charging level; no, you can now also honk the horn, adjust the sunroof and activate valet mode on your car - isn't that cool? I am just slightly disappointed that I do not have any testing hardware myself at home... As charging is an important aspect of EVs, the Tesla binding is accompanied by a binding for Keba charging stations.

If you want to have a glance at openHAB 2 yourself, simply download the demo package, which comes with a few useful add-ons so that you should have an easy start. 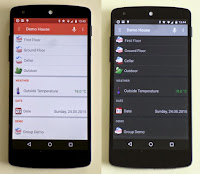 I should not forget to mention that with this new release there are also updated versions of the openHAB native apps in the AppStore and the PlayStore - these updates also bring many fixes and are compatible with openHAB 2 already. The Android app has been updated to Material design with a choice of a light and a dark theme. Furthermore, it supports already the new discovery and inbox mechanisms of openHAB 2 - more features will follow soon!